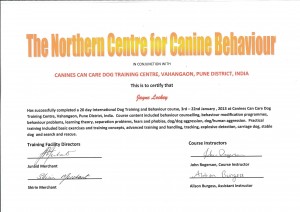 John Rogerson is a legend in the dog training world, my favourite trainer and one of the world’s leading trainers and behaviourists. I have trained with John on many occasions where he teaches the following:

John Rogerson, founder and principal lecturer of the Northern Centre for Canine Behaviour pioneered the majority of techniques that have now become standard practice in behaviour therapy and training. John is the author of no fewer than eight books, has produced two DVDs and has run courses on training and behaviour for:

John should need no introduction to anyone currently engaged in the study of canine behaviour and training as he is one of the most sought after speakers on the subject in the world today.